Krofl mill – remnants of the times when grains were being ground

At the outer end of Bistri graben stands the Kroflnova domačija homestead with two structures, the house with its former mill and the outbuilding, cramped on a narrow shelf between the creek and the steep slope of Kozjek Hill. It used to be home to a miller, plumber, joiner and worker at the nearby industrial facility. Until the first half of the 19th century, the mill also doubled as a sawmill. The homestead was renovated between 1998 and 2000. A permanent museum collection now occupies the former residential area. 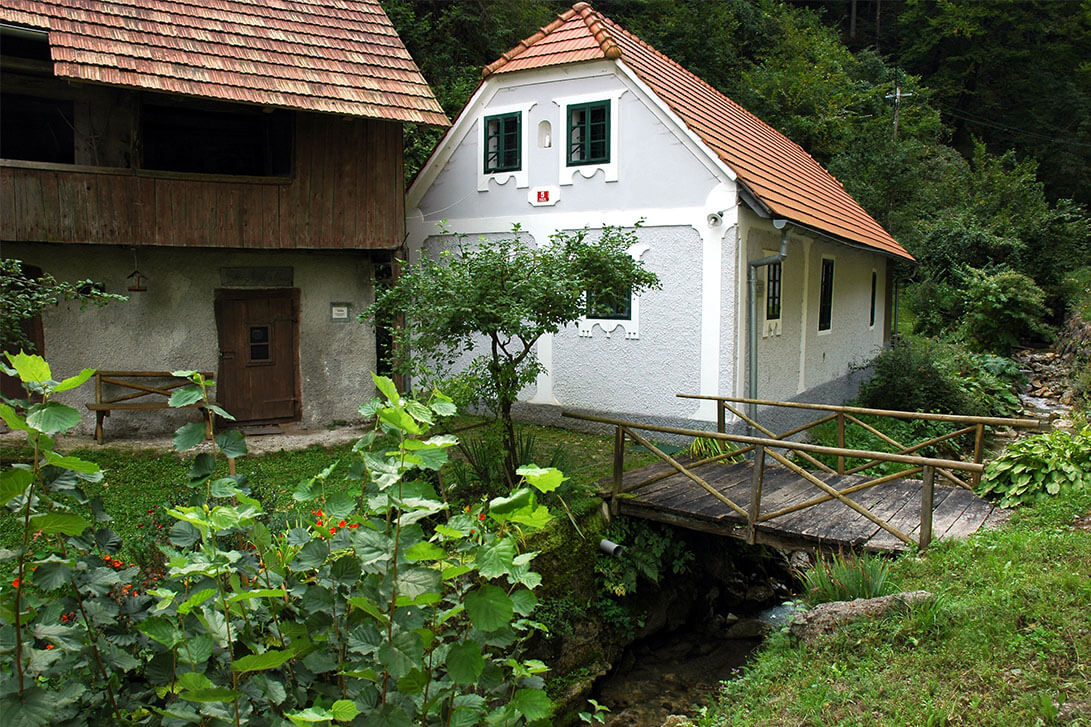 In the very centre of the old market town of Kozje, one of its famous sons Marjan Marinšek has set up a museum classroom dating back to the times of the Kingdom of Yugoslavia. The exhibits include the original door of the old school operating here between 1882 and 1966, as well as an entire classroom with wooden benches and blackboard. Also on display is an overview of the first Slovene textbooks from the 19th and 20th centuries, stone tablets with stones, various wooden pencil cases, old satchels, free standing calculating frames and desktop abacus, a globe. It is also possible to see the show ‘Lessons from the days of yore’ done in collaboration with the Kozje Basic School. 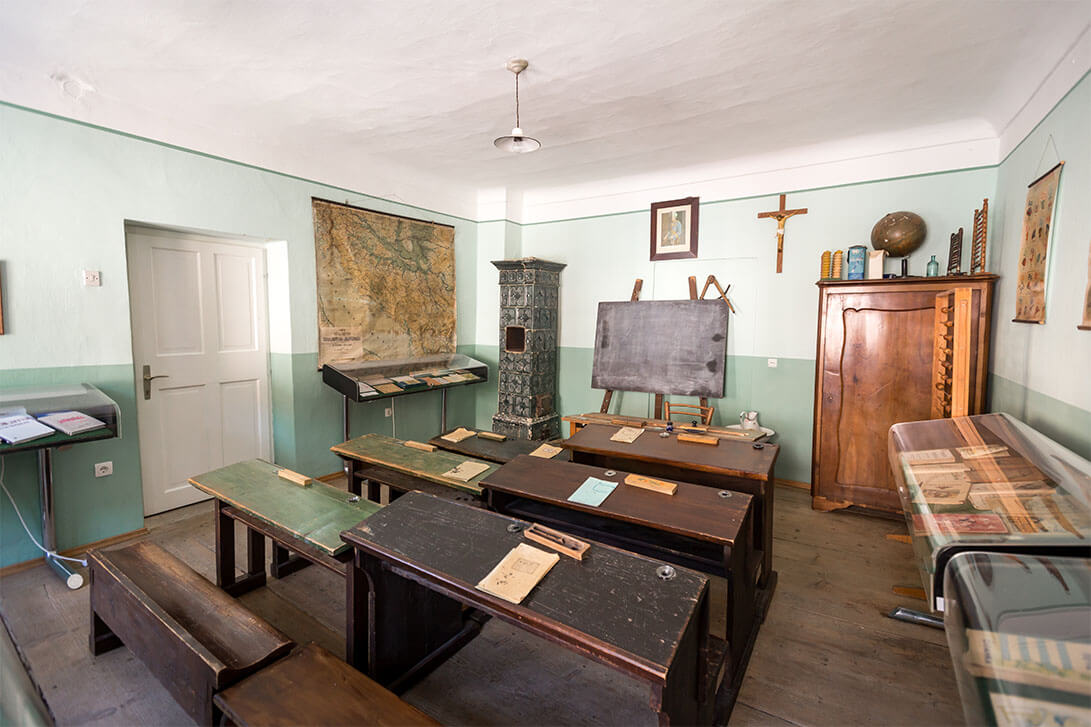 Old jail – a gaze into the past

Visitors to Kozje can also visit the jail of the former District Court of Kozje. The prison consists of five cells and the exhibition includes four cells. The first cell displays the old court of Kozjansko. The next one displays the paperwork remaining from the decade-long struggle to reinstate the District Court of Kozje. The third one displays various documentation related to the activities of the court and notarial offices, while the last cell shows you what prisoner cells used to look like when they were actually being used for this purpose. 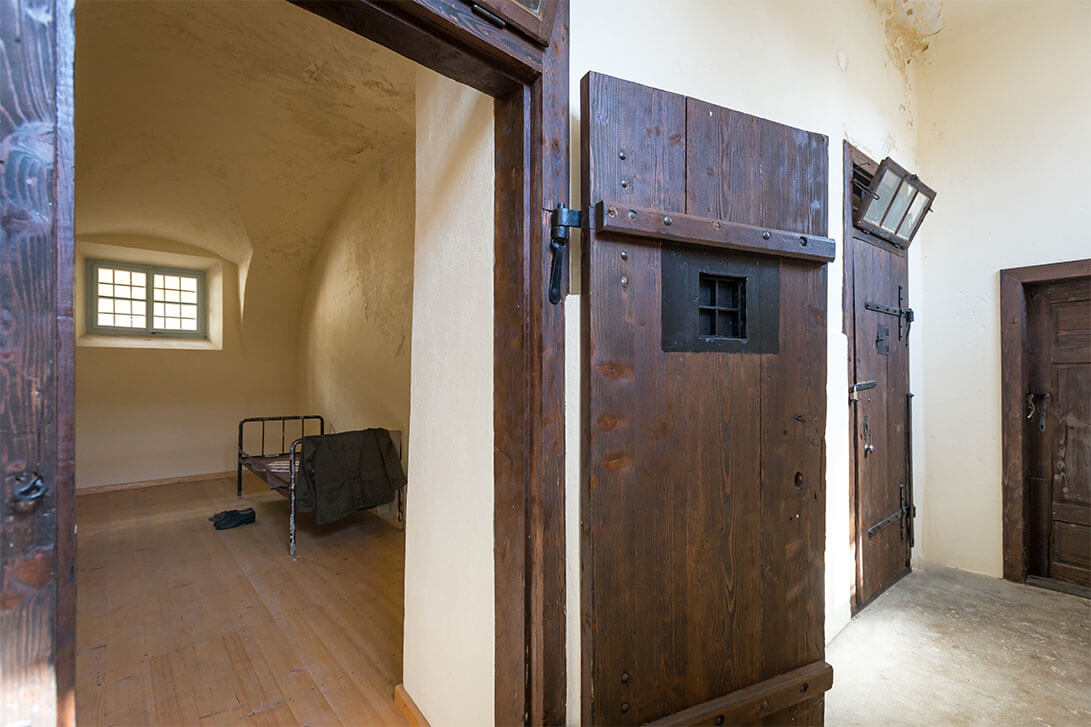 The Kozje settlement is first mentioned in 1016 as a court with 30 farms. The settlement was created alongside the Kunšperk - Pilštanj road as a fairground. It never had any protective walls, which made it very vulnerable in times of Turkish raids, and suffered greatly during one plague epidemic. Its new lease of life dates back to the middle of the 19th century when it became the seat of a judicial and fiscal district, a deanery. After the war, Kozje was the seat of the municipality and district for a while, until 1958 when it was incorporated into the Municipality of Šmarje. The old core of the market town has plenty of architectural heritage, residential structures and outbuildings, as well as Saint Emma’s church and the parish Saint Mary’s. 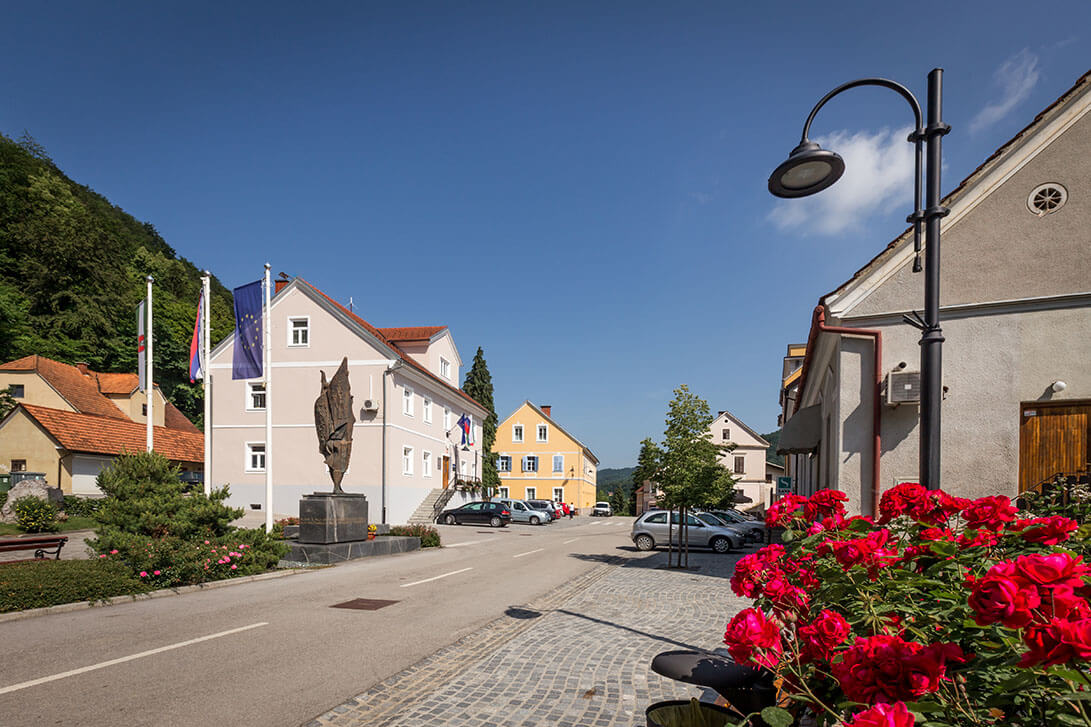 If you set off from Kozje Square past the Church of the Assumption, Krofl mill and the abandoned lime kiln, you will arrive to a narrow valley called Bister graben, carved into the rock by the eponymous stream. Lovers of flora and fauna will find many interesting things in this area. From the valley, you may climb to the ruins of Kozje Castle, to Vilna peč – a rocky shelter under the peak of Bredič Hill, or up the Vetrnik slope, where you will be welcomed by Žličar (‘Spoonman’), a stone shepherd chiselling out spoons from the steep slope. 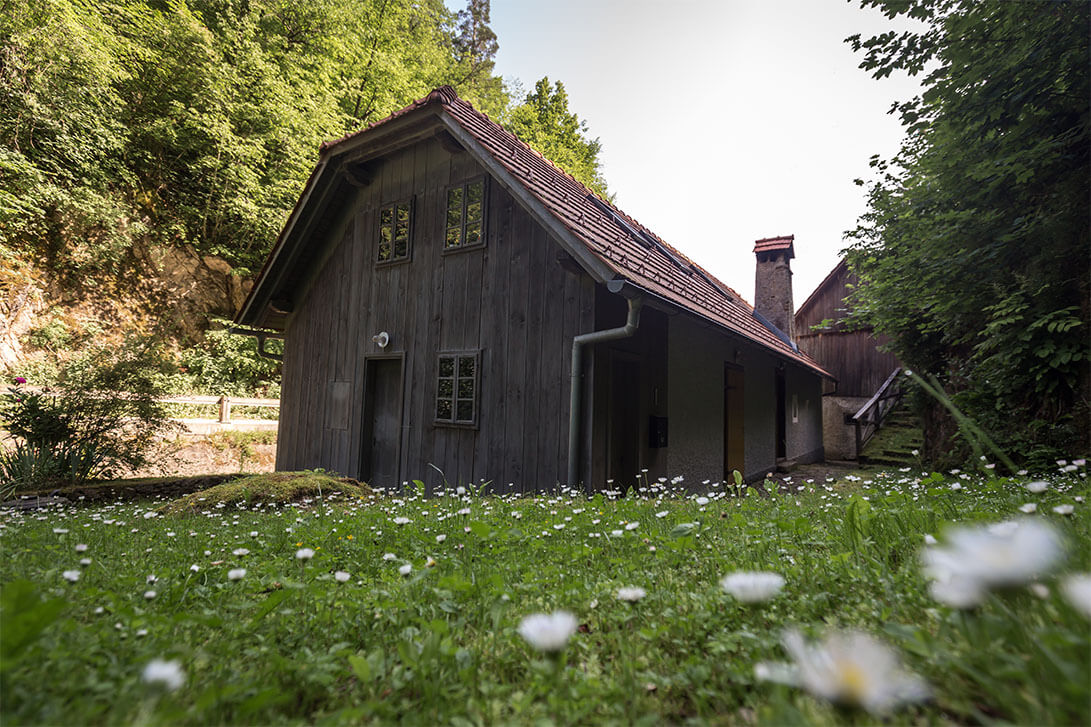 The visit of the residential interior is possible upon preliminary reservation.

Goat, dragon and more is an event with a likeable name which aims to present to the visitors local folklore traditions and spread the legend of the goat and the dragon around the world, as well as to present and reinforce the culinary, gastronomic and artisanal identity of Kozjansko through the varied offer of homemade food and drinks and items by local craftsmen.

A fun day in Kozjansko for the entire family

Discover the heart of Kozjansko on a one-day trip that is suitable for the entire family. Apart from visiting the breathtaking castle, you will live the unforgettable experience of feeding deers, have a treat in a chocolate shop, visit a fairy tale land and play footgolf, a cross between golf and soccer. We are sure this will be an unforgettable experience.